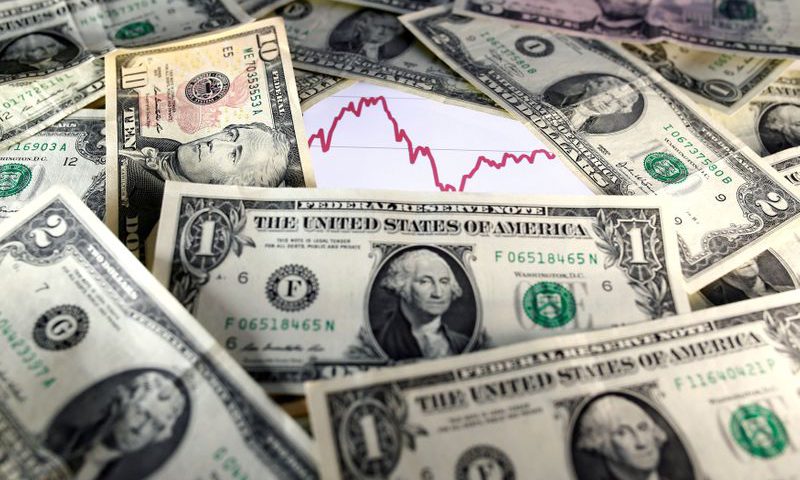 The dollar was on the defensive on Monday in light year-end trading after suffering a setback the previous session, as hopes of a U.S.-China trade deal lifted investors’ risk appetite, sapping safe-haven demand for the greenback.

The dollar index was stable at 96.942 against six major currencies after sliding 0.6% on Friday for its biggest single day percentage drop since June.

With Friday’s loss, the index’s gains for the year have shrunk to under 1%, putting it on track for the smallest annual change in six years.

Against the Japanese yen the dollar was treading water at 109.41, on track to end the year where it started in January.

Last week, Chinese authorities said Beijing was in close contact with Washington about an initial trade agreement. Prior to those comments, U.S. President Donald Trump had talked up a signing ceremony for the recently struck Phase 1 trade deal.

But despite recent rallies, the annual performances of the antipodean currencies are still dreary with the Aussie down 1% so far this year and the kiwi off a shade.

Elsewhere, the euro  rose for a sixth straight session on Monday to $1.1186.

Sterling was higher after European Commission President Ursula von der Leyen said the European Union may need to extend the deadline for talks about a new trade relationship with Britain.

Even with the recent UK general election smoothing the path for Britain’s exit from the European Union, Britain’s ability to strike a new trading deal between the EU in a relatively short span of time remains a concern for some investors.

Later in the day, investors will stay tuned for the Chicago Purchasing Management Index, also known as the Chicago Business Barometer for clues about the health of the U.S. economy.